Aunty Cyclone – We haven’t seen you in so long…

Aunty Cyclone – We haven’t seen you in so long…

Actually that’s anti-cyclone, (even though this one is forcing us to say ‘uncle’!*), and there is a huge one right over our heads this entire weekend. This means two things: For our beginning students, and anyone wanting to fly at the coast this weekend, they are in for disappointment. For others, the tourist types and especially surfers, this weekend will be an amazing one to be at the beach.

So, what is an anticyclone? We’ve all heard of a Cyclone, which is commonly thought of as a hurricane type storm, but a cyclone is defined by Wikipedia as “a large scale air mass that rotates around a strong center of low atmospheric pressure”. This definition lacks any determination of wind speed. The definition of cyclone goes on to include dust devils and tornadoes as example of smaller scale cyclones. So basically a cyclone is air rotating around a low pressure area.

An Anti-cyclone, as your intuition suggests, would be just the opposite with air rotating around a high pressure area. (See images).

Now, it’s a good time to introduce another definition:

The Coriolis Effect: The Coriolis Effect describes the pattern of deflection taken by objects not firmly connected to the ground as they travel long distances around and above the Earth. The Coriolis effect is responsible for many large-scale weather patterns. (This is to the right in the northern hemisphere.)
https://www.nationalgeographic.org/encyclopedia/coriolis-effect/

The Coriolis Effect basically causes all bodies in motion over the surface of the Earth (when free of attachment to the surface) appear to bend or arc to the right. This effect has huge implications for weather on our planet.

Typically in the northwest, we don’t get too many well formed ‘cyclones’ nor ‘anti-cyclones’. We typically get a long undulating stream of highs and lows referred to as fronts passing through. You may have heard the weatherman on TV refer to a ‘trough of low pressure’, or ‘a ridge of high pressure’. It is referred to this way as the ‘depth’ of the atmosphere is actually lower in a low pressure (fewer air molecules above us) and higher under a high pressure (more air molecules above us).

It’s actually fairly rare to get such a well established anticyclone in our area. The strong winds aloft under the influence of the Coriolis effect, combined with a couple of well placed and energetic low pressure systems (under Alaska and NW Utah. See picture at 18,000′ below) have combined to bring us a lovely weekend at the beach. It’s really going to be gorgeous out here (and over most of the Northwest), but alas, not so much for flying. We will be subject to offshore winds for the next few days at least. There is some hope for Sunday, but only time and an updated forecast will tell.

For an interesting exercise, go to windy.com and check out the wind forecast on Sunset Beach for Thursday from 6:00 am until about 2:00 pm. Check not only surface level winds, but altitudes up to 2500′ for each hour. You can see the effects of the seabreeze pushing inwards and upwards against the regional offshore winds. This may change by the time you can check, but currently at 12:00 pm surface winds are NNW at 6 (barely onshore). At 330′ NNE at 7. At 2000′ due East at 8 mph. Experience shows us that we might be able to do a couple hours of ground handling in the morning before it blows out, but to fly in those conditions gets a bit ‘spicy’. Warm inland winds mixing with cold ocean breezes makes it feel like you are flying through bubbles in a boiling (or carbonated) pot of water. Not so much fun, especially for a beginner.

Again, great weather out here this weekend, come on out and say hi if you like. We’ll be working on some long awaited projects for the school, going for a walk on the beach, and maybe even a bit of Kayaking on the Lewis and Clark river. Fun certainly, but nothing quite like the feeling of seeing the smiles of our students after their first small steps into this adventure we call Paragliding! We are looking forward to our next day with you guys on the line and high in the sky!

Your Discover Paragliding Team!
(Don’t worry, we’ll be covering topics like these more in-depth in the weather section of our ground school. We’re going to have so much fun!!! (?!? 😉 ) 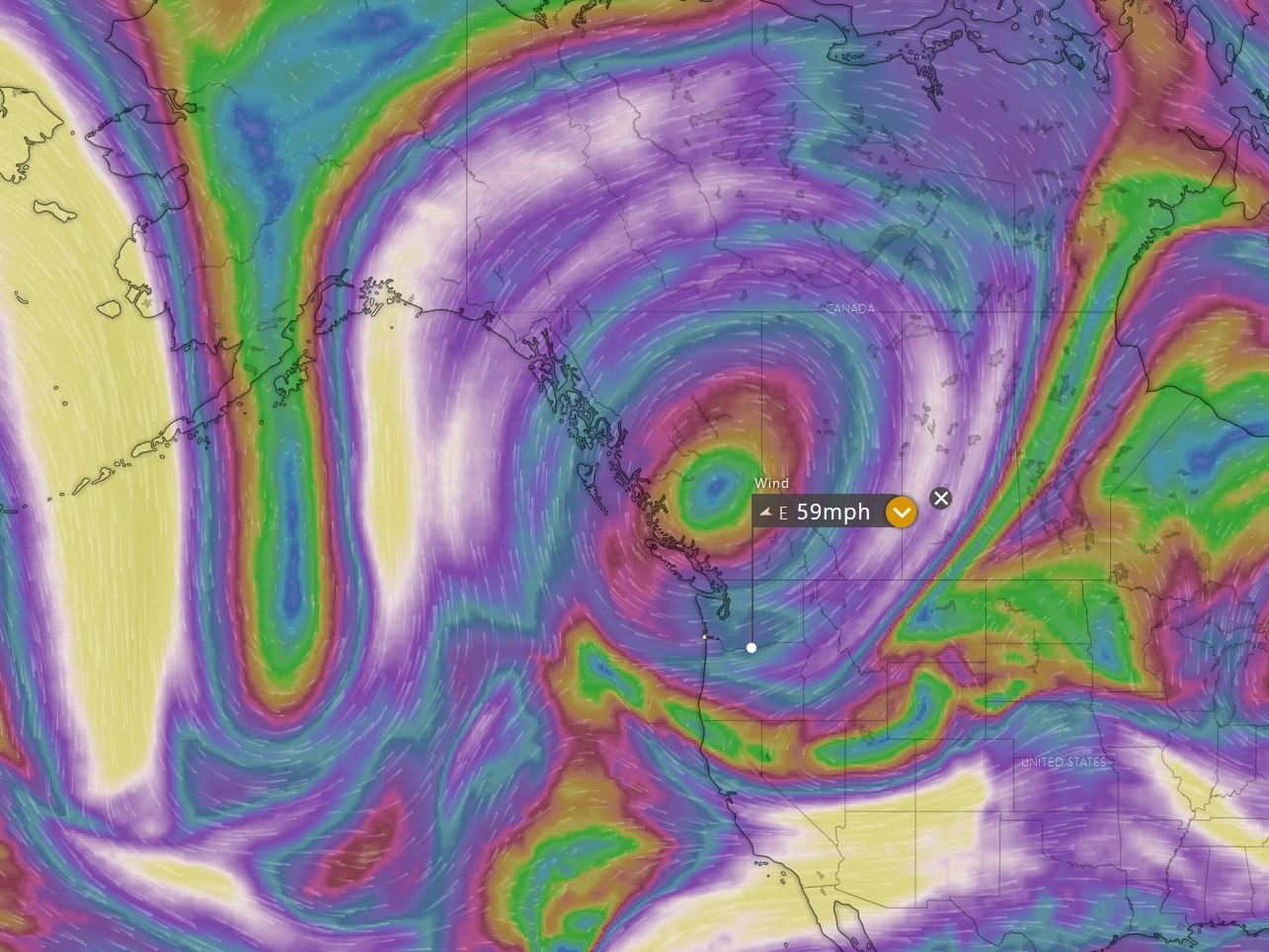 * Saying ‘Uncle’ is an expression used exclusively in North America that means ‘giving up’. We are giving up on this weekend because our Aunty-Cyclone is such a brute! (…for the benefit of our non-North Americans, like Maren!) 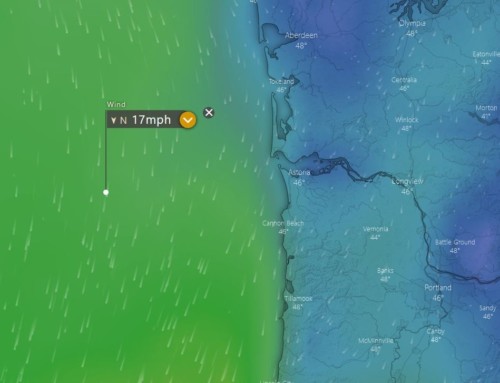