Maren, a native of northern Germany, first came to the Northwest in 1997. Already a beginning paraglider pilot, she had read about the great paragliding opportunities here, and with a conveniently timed job opportunity, jumped at the chance to come to Portland for a year and fly our local sites. Nine months into her stay, both Brad and Maren found themselves at the 1998 Oceanside Open fly-in on the Oregon Coast. They would finally meet, and would begin dating just a few weeks later.

With their mutual passion for paragliding, and a growing passion for each other, they were married in October of 1999 at the site of their first meeting in Oceanside, Oregon, and have been nearly inseparable ever since. 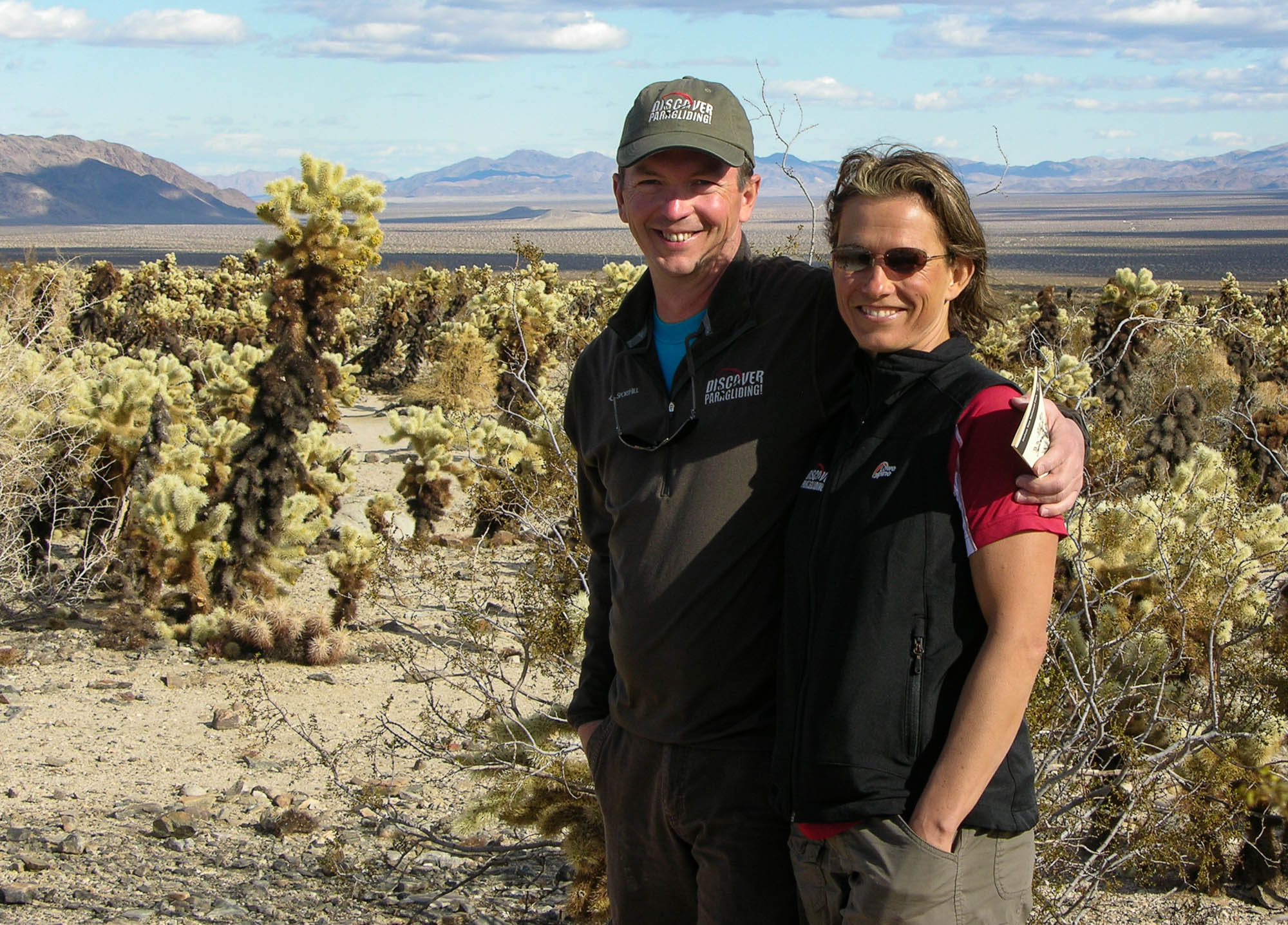 Brad is a Master rated pilot and is certified as an Advanced Instructor and Advanced Tandem Instructor. He is one of only a few pilots in the US to hold Tow, Instructor, and Tandem Administrator appointments.

He began taking lessons less than two weeks after he first ‘discovered’ paragliding in 1992. By mid 1995 he earned his first instructor rating, and hasn’t looked back since.

His passion for the sport has taken him throughout all of the Americas, and western Europe in the quest for more knowledge, experience, and of course, ‘airtime’! Maren ‘discovered’ paragliding on a tandem flight with a friend of her brother (who is also a PG pilot) on the shores of the Baltic Sea in northern Germany in 1995. Immediately hooked, she started taking lessons shortly thereafter in the Hartz Mountains, about six hours from her home in Hamburg, and has been enthusiastically involved ever since.

Paragliding was the primary reason for her first trip to the Northwest in 1997. Since then she has become an integral part of the Discover Paragliding instructional team!

She is also Master rated, and also holds the Advanced Instructor, Tandem Instructor, and Tow Observer certifications from the United Stated Hang Gliding and Paragliding Association (the USHPA).

From 2012 to 2015, she became an internationally recognized team pilot for Parajet Intl. powered paragliders (PPG). No longer a team pilot, she still enjoys flying her Parajet Maverick Atom 80 every chance she gets! 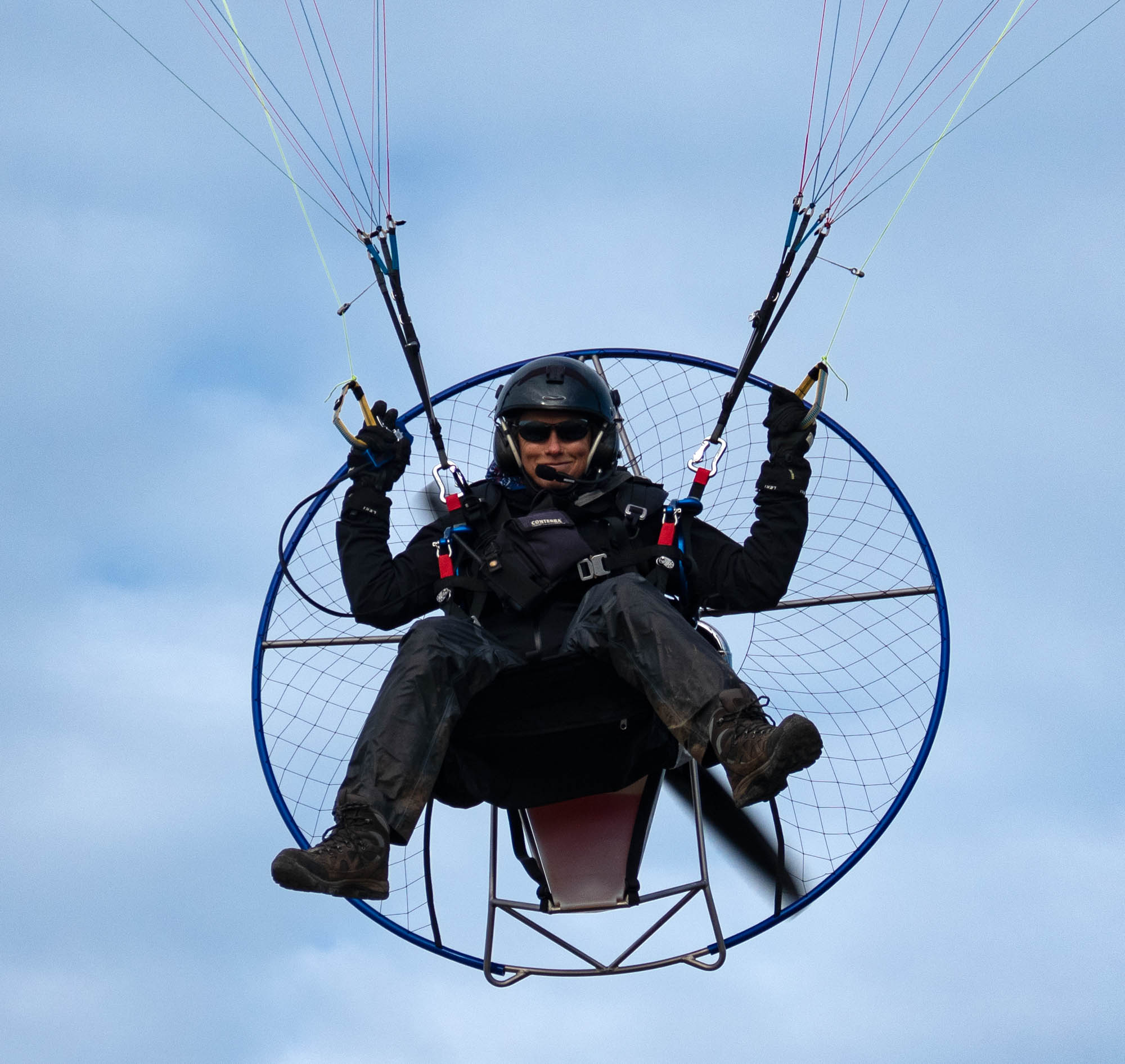 Kate Eagle joined the team as an instructor in 2018. Her passion for flying, began with single engine flight instruction as a child. In adulthood, she became a hang glider pilot, and later, transitioned to paragliding, earning her P-2 rating in 2014 with Discover Paragliding. Her enthusiasm for flight is balanced with a focus on safety. Kate is also a Registered Nurse, maintaining certification in ACLS, PALS, and Wilderness Medicine. When she’s not training students or caring for patients in the hospital, Kate is usually following her passion, flying coastal sites, and traveling/teaching with the Discover Paragliding team. 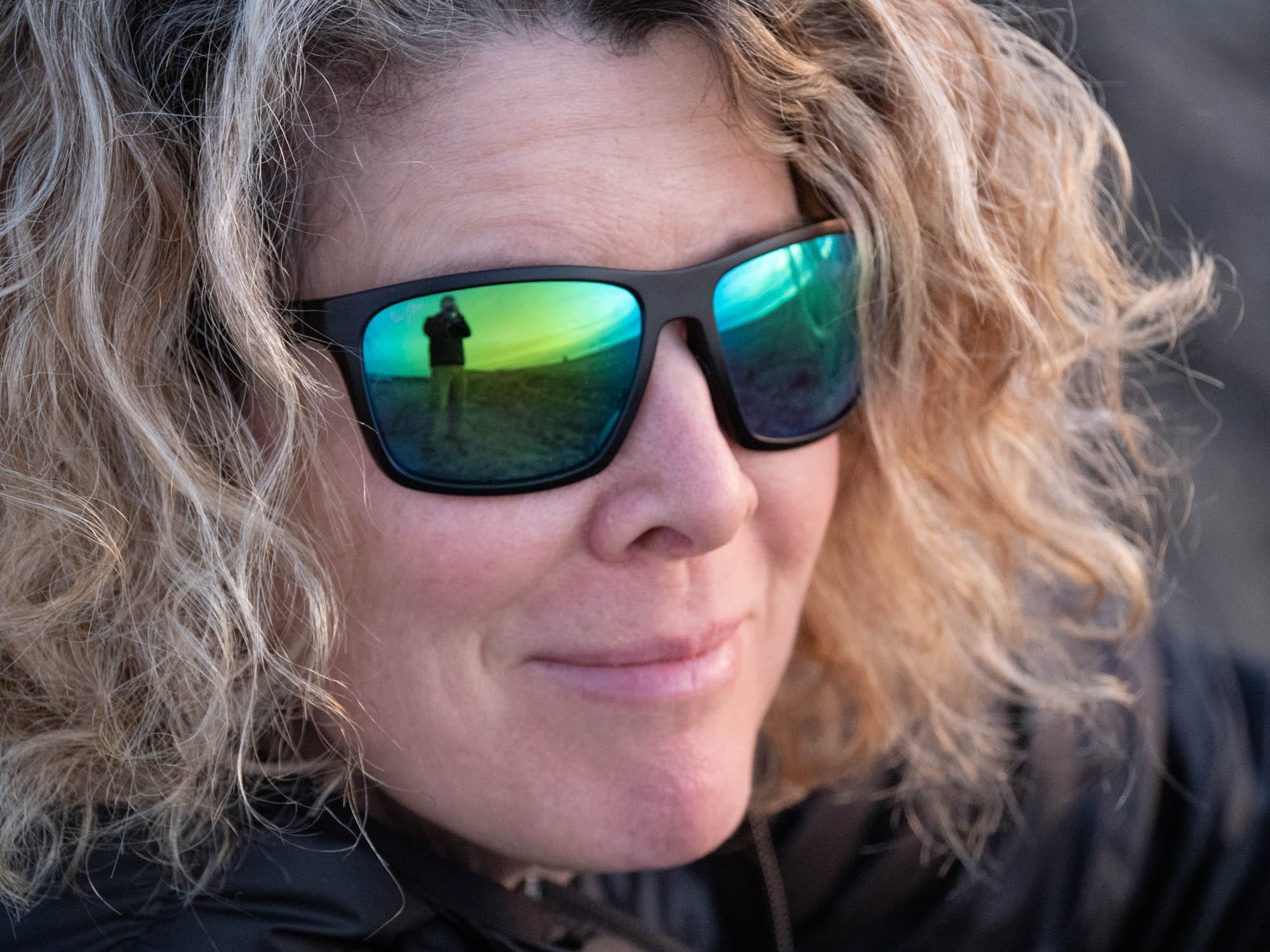 It has taken Brad and Maren many years to attain the experience, ratings, and skills they now possess, yet they still consider themselves perpetual students in the Art of Paragliding. They often travel throughout the U.S., the Americas and Europe to receive continuing education from national as well as international leaders in the sport. In the constantly evolving sport of paragliding, it’s the only way to continue to bring the latest, safest, and best training methods home to their students.

We couldn’t be more happy with Kate’s recent addition to the team, providing a fresh teaching perspective and sense of joy for all of our students. 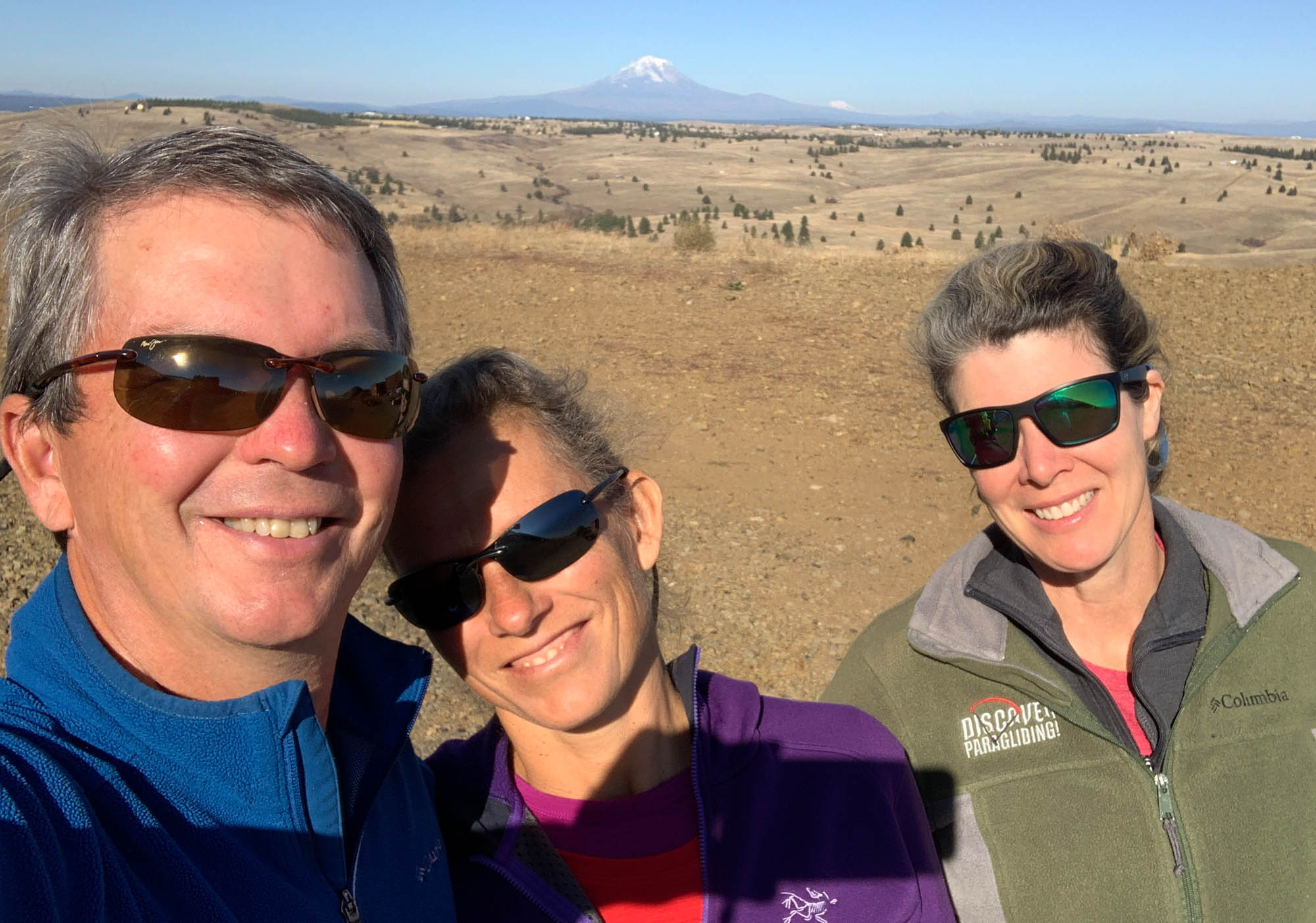